Almost as synonymous as Santa with regard to the secularized meaning of Christmas, we have the surprisingly enduring Dr. Seuss’ character of The Grinch, the green-fured plotting hermit of Whoville, whose spite for the town’s celebration of Christmas stirs him in all adaptations of the children’s book to set out to steal every gift and figment of cheer they have and destroy it once and for all. His outlook and bitterness have offered millions a moment’s pause to consider their own hearts and attitudes when dealing with others during the holidays. The lessons with that original tale of kindness and cheer are resonant over the decades since publication for many reasons, and it’s a story that is likely to stick with us for many years to come.

Now, in 2018, we have a new take on the character from Illumination Entertainment. It follows two prior Seuss-based animated films: 2008’s Horton Hears A Who and 2012’s The Lorax. Both of those films did great jobs of successfully translating the distinctive look and feel of their source material while expanding on it all to create a film narrative to fill out the runtime. Here we have a similar approach with Benedict Cumberbatch voicing the Christmas curmudgeon. With this movie being the third adaptation of The Grinch, following the classic 1966 television special and the divisive 2000 live-action adaptation starring Jim Carrey, is there much more that can or should be said?

My answer is somehow both a yes and no. I will forgo any real plot details, as most readers are likely to know the broad strokes prior to watching this film and the new things can be kept fresh for you in watching. Instead, I begin by tipping my hat to Cumberbatch, who forgoes the vocal fearsomeness of Boris Karloff and (thankfully) dials back the silliness Jim Carrey brought to the role; instead, he plays in both these areas and more when appropriate, but throughout, he creates a relatable character. Much of the film’s strength is attributable to his vocal performance. I did find it strange to hear it sang about The Grinch’s yellow teeth, but the character on-screen has consistently better and whiter teeth than me throughout. I believe they made him to look less scary intentionally, which is understandable with the narrative here. He’s just framed as a more approachable character here than we’ve seen in the past, good or bad. 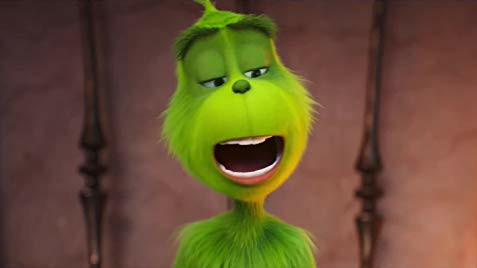 My criticisms come from places that, as I write this, feel nit-picky. While the original tale and the animated special stick to creating a world of Whoville that is unique and timeless to itself, this film follows the missteps of the 2000 Ron Howard-directed in trying to make Whoville more like our modern world. The phrase “video game” shouldn’t come up here; maybe a Vidgoozle or something, but nothing so on the nose. Some may appreciate the film’s attempt to be modern, but I do not. Ultimately, it hurts the longevity of the film’s relevance in my eyes. 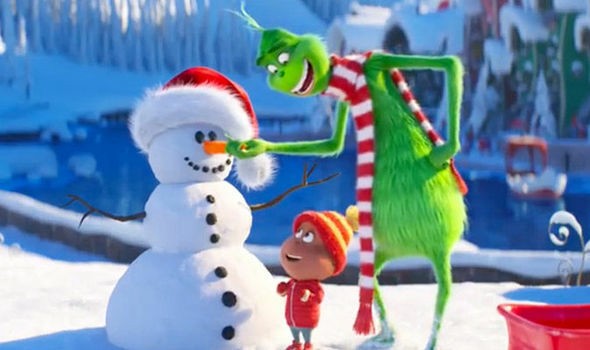 Along these lines of a different take, Pharrell Williams narrates the story, and while he is a frequent collaborator with Illumination on their animated films, his voice never fit this story to me. Sir Anthony Hopkins‘ narration in the 2000 film was probably the best part of that film, and I longed to hear something along the lines of his gravitas here. That isn’t here with this lighter take. Adding to that longing is the quality of the expanded narration here. The original words in the Seuss book were pretty much perfect, and the additions here, while necessary with the expanded narrative, are hit-or-miss. Much of the music, while cleverly riffing on those classic songs we know, just distracted me in being too different. You might think, “Quit comparing! Enjoy it on its own terms!” Still, when all these new elements don’t coalesce, I find myself forced to somehow address (Inspiration Credit awarded to Theodore Geisel). Aside from these, the animation is never at fault, as it is always clear, crisp, and consistent to this animated Seuss style that these CG-cartoons have created. The Grinch sits easily alongside Horton and The Lorax, in that regard.

While I didn’t love this film, I believe it accomplishes some noteworthy things that make it worth making. First, gone are the double entendres of Carrey‘s performance; here, we have a film for all ages. Content-wise, it was a film I can recommend to all: nothing inappropriate here. Also, from a Christian viewpoint, I was amazed at how in not-so-subtle ways that audiences will hear what we know Christmas to be: focused on the gift of Jesus Christ. God Rest Ye Merry Gentlemen, indeed! While much of the film is light fun that is easily forgotten, I was touched by the film’s final act, and it shows how love, kindness, and community can change the state of someone’s soul, cutting through the pains of the past and allowing a hopeful future. That’s a Christian message this film allows us opportunity to share with others, and while the story of the Grinch has been criticized for decades as a furthering of the secularization of the holiday, this film mentions Christ far more times than I anticipated (which was none).

All in all, I leave this review simply as this: The Grinch works mostly here when we see him in ourselves. Thanks to Cumberbatch who makes that connection possible, we have moments in a fluffed out premise that work really well. It is better to me than the 2000 film, but there’s so much done right in the 1966 animated special that makes any further attempt feel hollow on some level. This film isn’t anywhere near perfect, but it is an undeniably fun film to take the family to as Christmas approaches and to remind all that love and kindness can change things for the better.

To purchase this film, click on the Amazon Affiliate link below: 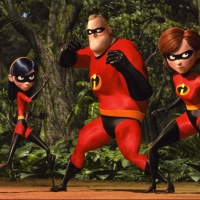