Ever heard of The Little Engine That Could? I tend to think of it chugging along slowly, but after seeing Sonic The Hedgehog, I see it can go fast…very fast. For a movie that few asked for and which prompted a complete redesign of the lead character, I am amazed that we got a film at all, let alone one that works as well as it does. Beating the fabled “video-game movie curse” is a tall order, but there are several things Sonic does that work well.

Appropriately, the film gets off to a fast start, speeding through the early days of Sonic The Hedgehog (voiced charismatically by Ben Schwartz) and how he winds up in Green Hills…Montana?!? Yeah, trailers should show that the film is firmly planted in modern-day America, which is a shift, to be sure. That said, the film places Sonic with small-town Sheriff Tom Wachowski (James Marsden). Together, they must try and get Sonic safe and on his way, away from the grips of a mad government scientist, Dr. Ivo Robotnik (Jim Carrey)…and learn a life lesson or two along the way. The premise is pretty basic, admittedly, but it works as a fast, fun way to make an engaging Sonic movie work that builds off of fan admiration and allows an outlet for Carrey to be his crowd-pleasing self. It’s all simple fun for most ages.

Given the complete re-do of Sonic‘s look, I think everyone involved should be proud of the final product’s visual effects. While he is definitely more cartoony than what they originally attempted, we’re talking about a talking blue hedgehog that runs really fast and collects rings. All of it being visually coherent with the games was much more enjoyable than being anatomically correct as a believable creature. Why does he wear white gloves? I don’t know; ask Mickey Mouse why he does. It all just works in a crowd-pleasing way, and personally, I’m glad they went back to the drawing board.

Content-wise, there are fart jokes and instance of bad language cut-off usually before curse words are actually said. One action set piece is set in a bar, and it involves a bar fight. Really, though, the worst part of it all could be how Robotnik talks down to others. It’s all played for big laughs, but parents will surely not want their kids imitating him to others. Still, the film is a good option for families for laughs and a message that has more much heart than I was expecting. Isolation can be a depressing state for any individual to be in, and this film showed that life is much better when we share it with others.

I have equated the fact that this film works to a childhood favorite of mine. Like Space Jam, there is no reason for this film to work on paper, but it is greater than the sum of its parts. Director Jeff Fowler has put together a highly entertaining movie. It knows exactly what it is, and most audience members I’ve talked with greatly enjoyed it from beginning to end, whether they were big SEGA fans or not. Sonic The Hedgehog sets up a great foundation for a series, and considering the film’s success, the Blue Blur’s adventures won’t likely run out of gas anytime soon. 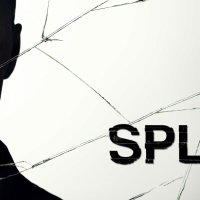 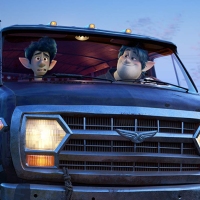