As of late, I’ve discovered many secrets come to light, regarding dear friends and classmates with whom I grew up.  Several I’ve known have served or are serving jail time for drug and alcohol related offenses.  A woman I went to school with stands accused of perpetrating a vast network of lies and deceptive schemes over several years, saying that her daughter was stricken by brain cancer and various ailments; reportedly, even her husband and her other children were left unknowing of the truth.  After thousands upon thousands of dollars were collected, she was recently arrested and is awaiting trial.  A foreign exchange student I closely befriended met someone a few years ago who got him involved in investments; court documents show that the two of them pocketed the money of individuals, leaving millions unaccounted for.  He is now serving a federal prison sentence.  One of my best friends moved away from our hometown and has completely engaged himself in a deviant and anonymous homosexual lifestyle and openly exposes himself on the internet.  Growing up in the church and, even now, serving as a pastor, it would be easy for me to look at all these people and place myself in a category different from them.  I could find a list of reasons to vilify them because of what they’ve done or what they do, but I know that I can’t.  I can’t, because the Bible shows us a deeper truth that must be acknowledged.  I am a sinner too.  I’m in no different of a category than any person anywhere.  It doesn’t matter where they are or what they are doing or have done: on our own standing, we are all the same.

Romans 3:9-18 (NKJV) 9 What then? Are we better than they? Not at all. For we have previously charged both Jews and Greeks that they are all under sin. 10 As it is written: “There is none righteous, no, not one; 11 There is none who understands; There is none who seeks after God. 12 They have all turned aside; They have together become unprofitable; There is none who does good, no, not one.” 13 “Their throat is an open tomb; With their tongues they have practiced deceit”; “The poison of asps is under their lips”; 14 “Whose mouth is full of cursing and bitterness.” 15 “Their feet are swift to shed blood; 16 Destruction and misery are in their ways; 17 And the way of peace they have not known.” 18 “There is no fear of God before their eyes.”

The early portion of Romans is written to show that people everywhere are under the power of sin, and we cannot get right with God apart from the gift of righteousness that God gives through faith in Jesus Christ (Romans 1:16-17).  In Romans 3:9, the summary statement of a long indictment, we read Paul state that “both Jews and Greeks are under sin“.  He writes that meaning EVERYBODY, with “Greeks” meaning all non-Jews.  Therefore, ALL people are “under sin“; not just sinning occasionally, but helplessly born under the power of sin and enslaved to it.

This is one of the biggest truths Christianity in our modern times must show the world.  In 1 Timothy 3:15, Paul calls the church the “pillar…of the truth”.  Like a pillar supports a building, we must hold up the truth, amidst a culture that increasingly tries to fashion lives around wrong ideas and namely those that are opposed to Scripture.  The church must SPEAK OUT!

One of the most important truths to present is that all human beings, though created in God’s image (Genesis 1:27), are corrupted by sin.  We’re not morally good by nature; we’re morally bad. We don’t just do sins; WE ARE SINFUL and held “under sin“, as it says in v.9.  It is a ruler that reigns over us in life, leading us within to rebel against the plans of God.

The passage of Romans 3:10-18 consists of verses that are references to the Old Testament.  Paul isn’t pulling his assertions out of thin air.  He is referring back to texts that Jews should have known well.  We can make those connections today, and in those tiny little letters and numbers found in the margins of most everyone’s Bibles, we see those references right before our eyes.  In v.10-12, he refers to Psalm 14:1-3, referring to the sinfulness of Gentiles, the non-Jews:

Psalm 14 stands as an indictment of the Gentile world, and after that, Paul addresses the Jews in v.15-17, quoting Isaiah 59, which speaks of the Jewish people:

Isaiah 59:2-3,7-8 (NKJV) 2 But your iniquities have separated you from your God; And your sins have hidden His face from you, So that He will not hear. 3 For your hands are defiled with blood, And your fingers with iniquity; Your lips have spoken lies, Your tongue has muttered perversity…7 Their feet run to evil, And they make haste to shed innocent blood; Their thoughts are thoughts of iniquity; Wasting and destruction are in their paths. 8 The way of peace they have not known, And there is no justice in their ways; They have made themselves crooked paths; Whoever takes that way shall not know peace.

The entirety of the Old Testament shows that Jews and Gentiles are all sinners.

2 Chronicles 6:36 (NKJV) 36 “When they sin against You (for there is no one who does not sin), and You become angry with them and deliver them to the enemy, and they take them captive to a land far or near;

Psalm 5:9 is referenced in Romans 3:13: “Their throat is an open tomb”, referring to what David wrote of his enemies.  As the man “after God’s own heart“, as he is known (Acts 13:22), David left many skeletons in his closet.  He proves that, apart from God’s grace, no matter the plans for our lives or the abilities given by God, we are hopelessly corrupt when left to our own devices.  David shows in v.8 just prior, that his own position with God is out of God’s mercy!

Psalm 5:7-8 (NKJV) 7 But as for me, I will come into Your house in the multitude of Your mercy; In fear of You I will worship toward Your holy temple. 8 Lead me, O Lord, in Your righteousness because of my enemies; Make Your way straight before my face.

David is a sinner, like all others.  For any measure of righteousness exhibited in his life, God will have to make the “way straight before my face”, he says.  The only way out of this state of sinfulness is from God.  Staying “under sin”, the state of being apart from knowing and experiencing God’s grace and plan for our lives, we lead a defeated existence.  Our relationship with others is oftentimes ruined, but more importantly, we cannot have proper relationship with God when we’re ruled by sin.  We often think of sin as doing bad to people, either others or ourselves.  That’s missing the point: sin, at its core, is rebellion against God!  No matter the size or amount of sin, sin is sin is sin!  People try to justify themselves in all kinds of ways: “I try to treat other people decently.  I don’t steal.  I’ve never killed anybody.  I don’t lie that much.  I give to charity.”  Even worse, people say such things and end it with “I’m not like that person who does…” whatever that may be.  Still, all that is missing the point: we are sinners, born into a sinful world, and we would continue a life filled with sin, unless we shown a better way.  Jesus made that better way!

Romans 3:13-17 show us how sin corrupts our words and our actions: we curse others, lie openly, tear others down, work towards harm, and wreak havoc in the lives of other.  All of these things occur when people are seen as obstacles, not opportunities granted to our lives by God.  If someone is a fellow believer, we can encourage them in their faith; if they are an unbeliever, we can point them to knowing the Christ we know and serve.  However, if we are “under sin” and, ultimately, we are only serving our own interests, we will say and do whatever we feel is necessary to advance towards those ends.  This happens when God is not sought, known, or revered by a person.  Anarchy in this world comes naturally, and by nature, worldwide, we seek to avenge every offense.  We run to shed blood, if not restrained.  Look at the looting and chaos that happens when infrastructure collapses.  All of it comes from mankind being “under sin”. Human relationships are ruined, and all measures of peace in this life lay destroyed when sin runs amok.

That’s a whole lot of apparent bad news, I’ll admit.  I promise there is hope.  The Good News of hope, indeed the BEST NEWS, is that God, in His mercy, made a way of salvation from sin and its power and penalty!

Romans 3:21-26 (NKJV) 21 But now the righteousness of God apart from the law is revealed, being witnessed by the Law and the Prophets, 22 even the righteousness of God, through faith in Jesus Christ, to all and on all who believe. For there is no difference; 23 for all have sinned and fall short of the glory of God, 24 being justified freely by His grace through the redemption that is in Christ Jesus, 25 whom God set forth as a propitiation by His blood, through faith, to demonstrate His righteousness, because in His forbearance God had passed over the sins that were previously committed, 26 to demonstrate at the present time His righteousness, that He might be just and the justifier of the one who has faith in Jesus.

I’ll say it: in your own ability, you are no better than the vilest sinner that has ever lived.  I don’t care how rich you are, what color your skin is, man or woman, gay or straight: you are a sinner in need of a Savior.  That Savior came; His name is Jesus.  He came for you, He came for those I opened with, and He came for me.  If you will believe in Jesus and turn from sin and self, the very righteousness of God will be gifted to you, replacing your unrighteousness for that which Christ suffered and died on the cross.  I beg you as a messenger of Christ, be reconciled to God this day!  Not tomorrow, because who knows if we have it here?  Trust in Jesus for His great salvation. 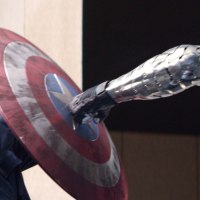 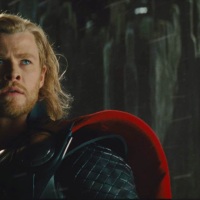 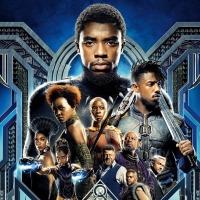 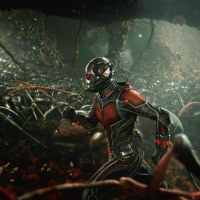