It’s no secret that if my heart contained a museum of fond film memories, PIXAR has an unspoken agreement set up within me. They come in with their traveling exhibits once or twice a year and make an indelible impression that isn’t soon forgotten. Their pedigree of quality is known by all, building anticipation and appreciation with the “visits” we have. Still, that history isn’t without missteps; alongside the accolades of so many of their films, there are a few that lack some certain something that keeps them from unanimous praise with critics, and personally, they aren’t as well liked by me, despite the talents behind them. Almost those films, the films in the Cars series deserve a special consideration.

In 2006, Lightning McQueen sped onto the scene in what was an almost straight-up “Doc Hollywood” animated tale of a big shot racer forced to slow down in a small town and learn the importance of including others in our lives, even those as different as can be, like the rusted pickup truck, Mater. Its grasp of the appeal of Route 66 Americana and parallel message for us all to just slow down in a fast-paced modern world made it palatable to the parents of children who were forced to watch it on repeat at home by the tons of young kids who adored it. All in all, it was a good film, even if it wasn’t a great one, and like like most PIXAR films, it was a self-contained tale that stood on its own. Any with any knowledge of the behind the scenes of that film knew that PIXAR chief, John Lasseter, held a deep love for cars and Americana, which meant Cars, despite the criticisms, would likely live on in sequels down the road.

Fast forward to 2011, and Cars 2 arrived…as a spy film…starting Mater. While it wasn’t a financial disaster at the box-office, critics were none-too-kind to the film, making it the only PIXAR film with a Rotten aggregate score on RottenTomatoes.com. Looking at the film on its own, it has a story that trots the globe and is filled with action, but the charms of Lightning McQueen and his own character’s growth are shelved in favor of the easy laughs found in Mater. Seeing PIXAR do an “action movie” was interesting, but something felt off about it all. Branching off since then, Disney, through their own animation studios, released two “Planes” films, which didn’t really set the world on fire, but furthered the world of Cars, even if it told tales unrelated to those films.

So, here we are in 2017 with Cars 3; it feels like we’ve been everywhere with these characters, but we haven’t really until now. The residents of Radiator Springs were largely absent in Cars 2, and the “Planes” films focused elsewhere. Because of this, there is a feeling that while Disney created the buzzphrase “the World of Cars” a few years ago (to promote theme-park expansions and new toy lines), it’s been a very long time since we were in it for an actual story centered around that film’s lead, Lightning McQueen.

I don’t mean for this review to be long, so it won’t be. Surprisingly, one could take the original Cars film in 2006 and forget all others I mentioned, moving into this one without any notice of the events of those films. That may seem strange, but if there were any people needing closure for characters like Finn McMissile or Holley Shiftwell, you better start looking online for Cars fan-fiction (on second thought, don’t ever do that; there’s no telling what craziness the Internet will provide). Disney doesn’t reference Cars 2 or Planes in the slightest, recalibrating the franchise back to a story extending from the original.

It’s been a while since 2006, and that really is the story here. Lightning McQueen (voiced by Owen Wilson) finds out that winning doesn’t last forever…so then what? While used to being on the top, McQueen sees more and more racing opponents replaced by sponsors with new & improved models, with the wave ushered in by Jackson Storm (Armie Hammer). Eventually, even Lightning gets the loss as well. Faster, more efficient, and in every way just more, more, more, Jackson comes in with cocky swagger, but he backs it all up with results.

While this is a kids movie, it all distills down to an existential crisis. When someone only knows one thing and the world takes that away from them, what do they do next? Lightning isn’t alone in his problems; he has the full support of his sponsor, Rusteze, and their new owner, Sterling (Nathan Fillion), who throw him into the new methods of training with simulators galore. Alongside in that journey is his trainer, Cruz Ramirez (Cristela Alonzo), a zippy car with aspirations beyond simulation. Lightning insists on taking his studies outside of the facilities with Cruz, and that is where the main portion of the film takes place. For both of them, it’s a trip to find themselves and their place in the world, regardless of what precedes them.

That sounds like a great film, and Cars 3 mostly is. It’s just that that journey, on paper and in execution, never seems to really grab a kid’s attention. Sure, there are some jokes, here and there, but when I asked my daughter what she thought (keep in mind, she usually has very excited reactions), she simply said, “It was OK, I guess.” That told me more than what I had considered myself. Cars 3 is about aging and learning when to transition in life to a new phase. That’s deep stuff for a kids movie, and I’m afraid that the jokes never really land enough or the scenes never really charm enough to make a long-lasting impression.

Trailers let us know that the film would be gorgeous, and there are slow-paced environmental shots that approach “photo-realistic”…if it wasn’t for windshield eyes on the cars. PIXAR knows what they are doing from a technical standpoint, and the entire proceedings are mastercraft. It’s just missing something. None of the film seems exciting enough to really get me invested in it all. That’s a real shame, because it all feels like another PIXAR film that just isn’t there, as of late. I liked Cars and Cars 2, and I like Cars 3. The problem is I just don’t love it, which is what I expect from PIXAR. I appreciate the closure this film gives, but in those same story beats, it leaves open the possibility for more films. I don’t think we need any more of them. PIXAR had what I consider to be one of Hollywood’s best trilogies in its three Toy Story films, closing that series out with poetic and visual mastery…and yet, there is now a Toy Story 4 on the way. I hope that is not the case here. Let’s let the race end here for the residents of Radiator Springs, and for many boys and girls, they will have a story that can be better understood as they age.

In closing, this film is completely appropriate for all ages, being one of the few films rated G that I can remember in recent years. There are no concerns of content for young ones here, but it may not keep their attention; it didn’t do a good job in that regard with my own. There isn’t anything about it that is inherently “non-Christian” in its message, so there are no concerns there. Overall, it’s not a bad movie, per se, but it isn’t really a good one either in my opinion. I’ve felt that way for all of the Cars films, so it’s no different here. 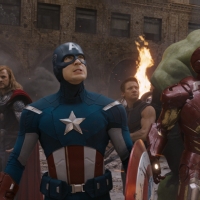 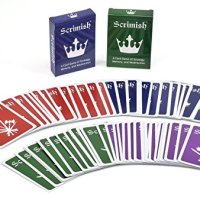 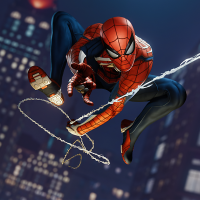 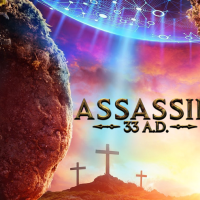 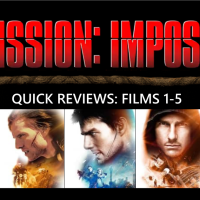