As a parent of three, I see a lot of movies geared towards children. Some, I go into with some amount of enthusiasm; others, I prep myself through a sense of trepidation. When it came to The Emoji Movie, I honestly did not know what to expect. After The Lego Movie, I have found that kid films can greatly surprise you with quality coming from unexpected directions. It was memories of it that gave me a sense of hope for the tech-centric toon, despite having no reason to think it should help, being that they are in no way related and made by different creative teams and studios. The contemporary setting and plot made me think that there was a chance for creativity, but did the film make good on its potential?

In this film, we follow Gene (T.J. Miller), the young son of a couple of ‘Meh’ emojis. Their lot in life is to perform their one intended expression with no deviation. Needless to say as shown by the trailers, Gene can’t limit himself to only being ‘meh’, and it leads to possible deletion. Helping him escape is Hi-5 (James Corden), a once-popular emoji who is just looking to get reused. Along the way, the pair meet up with the Hacker emoji (Anna Faris), who has a few secrets of her own, and in the film, they travel from app to app, such as Candy Crush and Spotify, to name a few, avoiding deletion and learning about themselves in the process. Standard kiddy plot with modern-tech trappings. Oh, and there’s a ‘Poop’ emoji, voiced by the classically trained thespian, Sir Patrick Stewart. So, yeah. Maybe not so standard.

Was I entertained? Slightly. I’m being honest. Though, it must be said: for a movie voiced mostly by comedians with serious chops, the jokes largely fall flat throughout. I laughed here or there, but the funny really just wasn’t there. The enjoyment for me came from seeing Textopolis and the other “real” apps come to life. It’s scratching the itch that Wreck-It-Ralph did wonderfully a few years ago (that hopefully will only be made all the better in its sequel). Here though, it all feels half-baked. The film doesn’t really go on long enough to drag, but it’s not got a lot of momentum either. It’s all just kind of…meh, an assessment that honestly feels appropriate here, given the protagonist.

I often see movies after press embargos are lifted, so it’s difficult to avoid the onslaught of headlines that the film had the lowest reviews of the year. I set those thoughts aside, watched the film, and told my dad as I left the theater: “I’ve seen worse…but I’ve seen a LOT better.” I’ll stand by that. My kids loved it for what it’s worth, but they tend to love anything animated, as most kids do.

As far as content goes, I had to say the humor was bland, but thankfully not inappropriate. I don’t recall any bad language/imitable phrases, which do seem to pop up in several kid films nowadays from time to time. I didn’t like that the film explains one app being used to disguise a pirating app from parents. That felt like a bad thing to show in a kids film. The central message of being true to yourself and not catering to being who others tell you to be would probably resonate more if it wasn’t so overplayed in our culture today. It’s really saying something that today’s kids picked up on all of the mechanics and lingo of this world without skipping a beat. If you use smartphones today (and who doesn’t), you’ll be up to speed with most of what this film has to offer. The world has changed a lot in recent years, and this film (and the fact that it exists as a form of commentary, juvenile as it may be) reflects that.

I could go on about the decent animation and other things, but the film left me meh. That’s where I’ll leave off. See it…if you want. If you don’t, don’t. 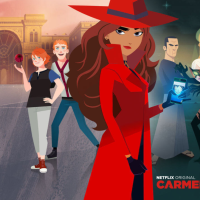 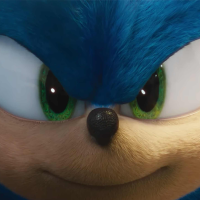