​For over a decade, Johnny Depp has played the role of Captain Jack Sparrow, having the time of his life while making himself and Disney a ton of global box-office. To say the original, The Curse of the Black Pearl, was a surprise hit would be an understatement. Following it, the director, Gore Verbinski, returned to make back-to-back sequels, Dead Man’s Chest and At World’s End, and while they made serious money, the increasing weirdness and scale of the series left many in the audience less than pleased. The third film ended on a conclusive note that could have ended the series without more entries, yet treasure surely awaited Disney in box-office returns down the line. After a bit of a gap, the studio changed course, hiring Rob Marshall to do a smaller scale, almost revisionist take with On Stranger Tides. It performed decently worldwide, but the series was beginning to show wear in its returns. That didn’t stop Disney from setting out on the high seas again for the fifth entry, Dead Men Tell No Tales, directed by Joachim Rønning and Espen Sandberg. Still, is it worth a watch?

The short answer: yes. We’re in the goofy, zany streak that seems to inevitably pop up in any long-running series (as all indications imply we will have more beyond this film). This particular film feels looser and more playful than some of the others. With that trait, it hews more in line with the well-respected first entry, even if this entire film feels much more self-aware than any of them. With much of the film brightly lit, it is an effective visual juxtaposition to the villainous Captain Salazar, played by Javier Bardem, and his crew. A ghost crew of pale white skin charred black from their cursed deaths in the Devil’s Triangle, they are very unsettling to watch, and Bardem spits bile and blood as he chews through his scenes. The crew is yet another fantastical creation the series has become known for with its heavy effects work for the villains. “Jumping the shark” might be a fair criticism of the series at this point, especially in regards to its full embrace of finding new takes on the supernatural, but hey…this film has three zombie sharks to do it with, so no problems getting the job done.

I try to avoid spoilers in reviewing, so in doing so, let’s just say that Captain Jack, drunker than ever, is being pursued by both the feud-filled Salazar and Jack’s closest frenemy, Barbossa (Geoffrey Rush), who series fans know very well. Along for the ride are Henry Turner (Brendan Thwaites), the now-grown son of Will Turner (Orlando Bloom) and Elizabeth Swann (Keira Knightley), and Carina Smyth (Kaya Scodelario). It’s obvious they are being painted as this film’s Will and Elizabeth, but each has reasons in the narrative to be there on the journey beyond such things. Ultimately, everyone is seeking the mythical Trident of Poseidon for their own reasons, and that’s the basic motivation. Amongst that, by film’s end, we are given some fairly big moments and game-changing revelations for the series, and like the third film, it all feels like a conclusion. Still, there’s big money involved…so I fully expect more films in the series to come, justified or not.

There are some great action setpieces in this film,  and while I felt ultimately that this tale is largely forgettable, I had fun during the film while watching it. I may not remember it tomorrow, but I had a good time. The special effects are top-notch, and it all goes to show that Disney went full-blast here, after the smaller-scale fourth film underwhelmed. The music was  completely derivative of past scores, but I was humming along just fine, so no complaints. Overall, the film is entertaining, even if it is easily forgettable. It’s a good time while you watch, but it’s by no means a classic.

Content-wise, the only things to highlight are the intense visuals of the villains and the increased frequency of mild sexual innuendo. While children who are easily scared may be terrified of Salazar’s crew and all they entail, all in all, I thought it was a pretty family-approriate good time. The concepts of family are explored in various ways here, and there’s an action or two that lends itself to Christian consideration and discussion. In fact, Geeks Under Grace has a FREE Bible Study from Dallas Mora for the film that I edited.

Johnny Depp said years ago in an interview that he would keep doing Pirates films as long as they wanted, and we may very well see that happen, as the film’s continue to do great international box-office, despite diminishing returns in America. Still, there is a distinctive sense of fun and adventure in this series alone that is found nowhere else. If the series can keep up those things, I have no problem with more. We have here a fun, fitting conclusion…for now. 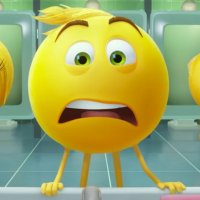 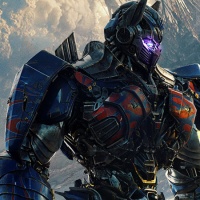