“The man in black fled across the desert, and the gunslinger followed.“

Those words in 1982 began what would become the magnum opus of acclaimed author, Stephen King. Known primarily for his horror novels, King melded the genre with fantasy and science-fiction to created a canvas that centered on the journey of Roland Deschain, the last of the “gunslingers” as he journeys after powers set on destroying The Dark Tower, the center of the universe which stands to keep all in order. My grandfather, a huge fan of Stephen King for decades, only read one fantasy series in his life, and I’ll let you have one guess what it was. I grew up with a familiarity with the mythos, even though I myself have not read the novels.

With a series of eight novels total written over many years, each quite large, it’s a large task for any filmmaker to bring the epic tale to the big-screen. After several false starts over the years with acclaimed filmmakers like J.J. Abrams and Ron Howard involved at various points, we finally see what many deemed impossible: a distillation of the mythos for moviegoing audiences. This film comes from the direction of Nikolaj Arcel, and it will likely prove controversial to fans of the books, in that they will see it as either blasphemous or brilliant. I tend to favor the latter, as this film does something akin to 2009’s Star Trek reboot, exploring familiar events in a new way.

I don’t think it is a spoiler to classify this film as a sequel to the books. That series had a beginning and end, and here, we see Arcel choosing against the route of trying to adapt the source material laboriously. The story is simple and the same, but it is told in another way (many might say this is told too simply). In it, we, the audience, experience this world through the eyes and experiences of Jake Chambers (played very well by child actor, Tom Taylor). After losing his father, he is having trouble in life adjusting to things following this tragedy. It’s one thing to have a bad relationship with your step-dad; it’s entirely another to be plagued with visions and nightmares of Midworld, a place familiar to but unlike our own, where pieces of a conflict between the Man in Black (given great presence by Matthew McConaughey) and the last surviving Gunslinger (stoicly personified by Idris Elba) begin to own his waking thoughts. As his visions become more and more real and troubling, he finds himself drawn into their battle and their world.

The novels are much more involved than the summary I gave, and so is the movie…barely. At a scant 90 minutes, I appreciated framing this introductory film (which is planned to be followed by a TV series and possibly more films) as a taste of things to come. I know that many others won’t, but hopefully, their issues with the runtime won’t hinder them from investment in what is planned to come down the line. To start, I was struck by how much this film exists as science-fiction primarily. The fundamental simplicity of conflict (as is typical in much of fantasy) and the small traces of horror/terror in some sequences gave me genre trappings I expected, but the technology on display in Midworld felt much more in the sci-fi realm than I anticipated. All of this say that the film has a unique look and feel to it; it may be drab for the most part, but it felt different than many films I’ve watched before.

To further discuss the runtime, I think it lent itself to a leaner tale, and for newcomers to the story (like myself), this could prove a good thing. The first act of earnest worldbuilding gets the film going, the middle act introduces a little comedy and relationship building, and the ending portion wraps it all up with some action and a reminder that more could follow. What this leaves us with is a sampler tray with a promise of more. Personally, I want more; some may not. Had this film gone on longer, I could possibly have had to take issue with pacing or any number of things, but the brevity overall keeps me from that.

The music in the film is largely forgettable, and the lack of many characters beside the primary three may pull some people out of investing in the proceedings. Speaking of which, there is a lot in the way of character motivations that is left briefly told instead of meaningfully imbued by way of the plot. Jake is very much our outlet into understanding this world, and his confusion is often ours as well. To the film’s merit, I thought the acting, especially among all leads was very well done. The action sequences aren’t overblown, and that feels appropriate to this film. Roland is almost otherworldly in his gun proficiency, but don’t come into this expecting the sequences cranked up to eleven. All of the action seems appropriate to the tale being told.

As far as content goes, I appreciated that it was relatively tame, considering its all a Stephen King adaptation. There is some language, but it is minimal. I encountered no sexual content, and while the film is largely reserved in its violence, it is a film that centers on a Gunslinger. People die in the film in truly terrible ways (which is done more through implication than showing, which felt nice in a world that inundates us with the graphic nature of everything). These happen at the hand of the Man in  Black, who is a dark character that practices magic; for those cautious of such things, be aware, even as they act more as powers than conjured spells. I wouldn’t say that this is a “family film”, but it isn’t a film I would worry about teenagers seeing either. A Christian parallel I caught onto with the narrative is that Roland, a character who is largely jaded by his world, is also one of the only ones who can play a part in changing it. Christians should realize that we can make a positive impact on the world, but we can’t do that by drawing away from it. We have to do the hard tasks of ministry that only we can do.

Overall, I was impressed by the film: the narrative hook, the look, and the stirring it gave me to pick up the books. I want to see more of this world, and hopefully, the makers can continue to tell the tale in the future. 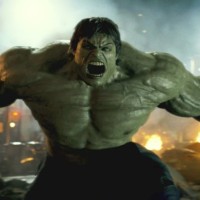