There was a time when all animated features seemed to come only from Disney; sure, Don Bluth made some truly great pictures with Universal, and it wasn’t all that long ago that Dreamworks carved out their niche, following the success of Shrek. Still, things have changed since then; animation, having moved almost exclusively to computer-generated instead of hand-drawn, has become a big prospect for studios, looking primarily for marketability that can extend worldwide. As a result, most studios have animated feature films release in a regularity that seems to be much higher than it has been for some time. Disney & Dreamworks are still in the game, but they are joined by many other studios, as well as projects that seemingly are birthed from multi-national production partnerships (as evidenced by the lengthy logo-sequences at the beginnings of the films). In 2014, The Nut Job released, as a multi-partner production, and while largely forgettable, it made enough in returns to warrant a sequel. It stands to reason that if this film “sells enough”, we’ll see even more of Surly & his animal friends in a few years.

I would recollect the first film, but I can’t remember much about it. As a result, I came into this film without much knowledge of the first. I know I won’t be alone in that; for the life of me, I can’t imagine there being many die-hard Nut Job fans out there with encyclopedic knowledge of the first. We pick up with the result of “the job” in the first: the animal crew live in an abandoned nut shop, and they have enough food there to last a lifetime. They rest spoiled in their indulgences, and their squirrel leader, Surly (Will Arnett), would have it no other way. Life is good in the Nut Shop, and he intends for it to stay that way. Across the street, his squirrel friend, Andie (Katherine Heigl), is doing her best to teach rodents in Liberty Park how to fend for themselves; while scrounging food can prove tough, that effort produces character and worth, valuable skills that Surly is overlooking. Surly wants to hear none of it, as the future of the Nut Shop is certain…until it isn’t. After an accident robs the animals of a home and food source, they are forced to build a life in the park…but little do they know that the Mayor has big plans to exploit the land in creating a profitable (but incredibly unsafe) amusement park. If the animals are going to save the day, they will need help, and that comes through the assistance of the cute (yes, I said it) mouse, Mr. Feng (Jackie Chan). With his new friends in tow, Surly and the gang must band together to ensure their future and stop the Mayor from exterminating them all.

After seeing Will Arnett bring incredible life to The Lego Batman Movie earlier this year, it was disappointing to watch a man who can bring the funny not be given much funny to give. That’s pretty consistent across the board with the cast; my daughter and I laughed more at physical situations than by anything with the dialogue. While the humor mostly falls flat, I did respect the “messages” of the movie. We see it stressed that life is better when we work for what we have, even if it may not seem as shiny and nice as we want it to be. As the Bible tells us, if you don’t work, you don’t eat, and this pretty clearly shows that. In America, specifically, we’ve lived in relative ease for decades; we need to prepare ourselves, in case times take a turn for the worst. Also, the situations of the leaders of the film, Surly and the Mayor, were interesting to watch, at least for me. Surly has to overcome the relative ease of the past to rally the animals he knows and those he meets to join together to run out the Mayor; the Mayor’s actions are seeped in corruption throughout, and he will sacrifice the wellbeing of others, just to ensure his own profitability. Seeing these things made me enjoy the film more, and I think it’s good for kids to see what it means to be a good or bad leader. As far as inappropriate content, there weren’t any double-entendres or inappropriate humor. Two of the dogs, played by Maya Rudolph & Bobby Cannavale, do go on about regurgitation, so some may be grossed out. Still, hearing about that is much better than actually dealing with it in real life, so there’s that.

The animation is cleaner than the original film and several of these features we get today, but ultimately, the whole proceedings feel like a “direct-to-video” film that just happens to have a little sharper visuals and some marquee names to boot. The film did drag out a bit, and it probably could have benefitted from being a little shorter. I, for one, love taking my family to the cinema, and having family-friendly films to go see are always a plus. Could this film have been better? Most films could, but if you’re looking for a clean, afternoon watch with the kids, I’ve seen better and I’ve seen worse. The messages of the film help it out more than anything else about it. I’ve seen many “empty” cartoons with nothing of substance to say; at least this film attempted to say something we all need to hear, even if the dialogue and pacing can’t match up to its worth. 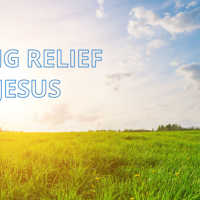