Let’s create a line-up, shall we?

Example One: 2011’s Thor, the shiny, self-serious introductory course to the Asgardian royal family brought to us with Shakespearean flair and tilted camera angles by director Kenneth Branagh.

Example Two: 2013’s Thor: The Dark World, a modern/medieval hodge-podge of world-hopping, romantic pining, and space elves that survived a change in directors (from Patty Jenkins to Alan Taylor) midway through production and excelled at being…adequate.

Example Three: the newly-released cinematic buddy comedy, Thor: Ragnarok, that pops with color, quips, and electronic music and serves as an unpredictable wrap up of a trilogy while blazing  its way on its terms.

One of these things is not like the others, and even if one were to avoid all marketing (good luck with that impossible task), it takes mere seconds into the newest film to tell it’s best to just try and hang on. In its own insane  way, it wouldn’t have been out of place from what follows in the film for John Cleese to come on at the very beginning and say, “And now for something completely different.” That accessible irreverence of the Pythons feels right in line with much of what Ragnarok has to share and how it does so. 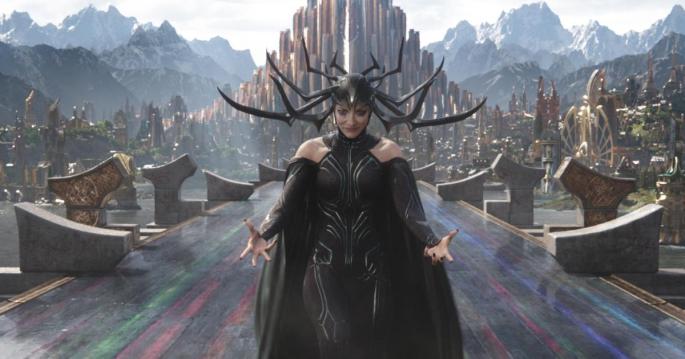 The story plays out as a broadening of what we know: you thought Thor (Chris Hemsworth) and Loki (Tom Hiddleston) create enough familial tension within the royal family of Asgard? Wait until Hela (Cate Blanchett) comes on the scene. With her extremely effective entrance into the story, she changes everything we know thus far about the family of Odin (Anthony Hopkins) and kicks off a domination bid for Asgard. With her ever-piercing gaze and wide-reaching head adornment, Hela commands the screen, and you can tell Blanchett, no stranger to fantasy, is having a ball while doing it. Thor, ready to take Hela down and prevent Ragnarok (the fall of Asgard), finds himself stranded on Sakaar, a war world centered on the gladiatorial games ran by the Grandmaster (Jeff Goldblum, knowingly giving the people what they want with his most Goldblum performance yet). Sold off to the games by a self-forsaken Asgardian named Valkyrie (Tessa Thompson), Thor is pitted against the prizefighter of the games who just happens to be his long-lost “friend from work”, Hulk (expanded upon in new, exciting ways by Mark Ruffalo). Can Thor escape Sakaar and stop Hela from destroying Asgard? What part does Loki play in all of this? What exactly is Tony Stark using to make his pants so tight-fitting and strong? Oh, I’m sorry. Did that valid plot-point seem random and out of place? Get used to it, because if not, there is no way one can enjoy all the fun that Ragnarok has in store.

If Guardians of the Galaxy acted as a gateway into the weird, wild possibilities of cosmic Marvel, Ragnarok is a full-blown trip into that unknown. While weird and wacky are good descriptors of the plot and tone, bold and vivid are nice ways of describing the sights and sounds. While there are scenes of painteresque beauty in flashback scenes of Asgardian winged steeds flying into battle, such moments stand apart from the brightly-lit rainbow hues of Sakaar. Never has trash looked so good as it does there. While the prior two films held a traditional Norse look to the proceedings of the other-worldly adventures of Thor and company, the production design here is much more sci-fi in its approach. Lines are distinct, and circuitry and electric motifs are common throughout. It’s admittedly not entirely out of place for the “God of Thunder”, but it is a bold new look and furthering of the “science=magic” foundation established in the original film. We’ve yet to see a Marvel film incorporate the entire spectrum of color in ways that Ragnarok does, and while some will take issue with the approach of the film, none can knock that visual flair. 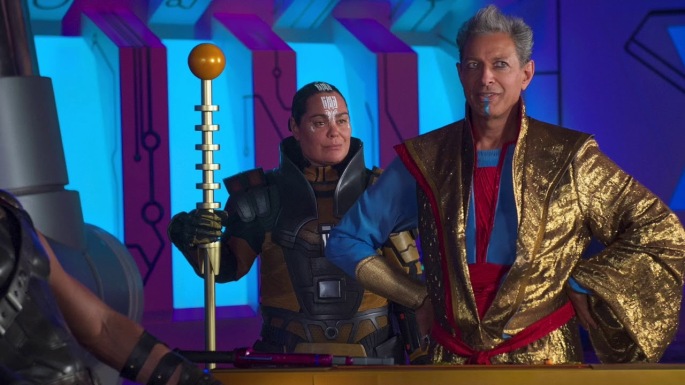 That approach I alluded to? Well, Ragnarok is a comedy, through-and-through. Of course, by now, audiences know to expect laughs in Marvel films, but even the Guardians or the ever-quippy Iron Man have nothing on the level of what’s given here. That change in pace and tone will undoubtedly sour traditionalists, but on its own terms, is the material of the film worth the change? I’d say yes…to a degree. I was thoroughly entertained throughout, but there are moments I leave unspoiled throughout the film that offer a peek back to what the prior Thor films delivered in tone and delivery. I found myself relishing those moments, almost as if they were opportunities to surface and catch my breath throughout the dizzying spectacle. Quite a few times, those same moments are turned on their head for a laugh, and they deliver in that regard. The insane hodge-podge that is Sakaar, led by the eccentricities of the Grandmaster, establish a capable vehicle in which to deliver all the craziness we see and hear, but it’s the clumsy and befuddled mannerisms of both heroes and villains that are seen beyond the planet that cement the tone; this creates a film experience that will be both loved and hated by audiences. From all I’m seeing, the lovers far-outweigh the haters, but this schism will exist for defendable reasons, either way.

All of this comes back to the man steering the ship, Taika Waititi. I remember upon hearing of his hiring that I knew to expect the unexpected. Humor saturates everything he does as an actor/director. I suggest people search out his past work, as it quickly becomes clear upon knowing what he’s already made that Marvel knew they were asking him to go to new places with this conclusion of Thor’s arc. Will we get more solo films in the future of our favorite hammer-wielder? Maybe, but if we don’t, Waititi closes out a very definite story thread that is easy to lose sight of while having fun in this film. Thor develops greatly beyond his first film outing, and Asgard itself changes. Loki, Heimdall, and even Hulk are all in far different places, character-wise, by film’s end as a result of what goes on here. Reports state that improv and spontaneity informed the film greatly on set, and as such, you can tell all the actors had a great time making it. I was most impressed with how much Waititi could sneak in throughout the laughs that I could reflect on as real growth in this series. While sadly Lady Sif and Jane Foster and company (RIP Meow-Meow) are all sadly lacking here, most everyone else in the series is addressed here; you may not like what all transpires, but it is called ‘Ragnarok’ for a reason. 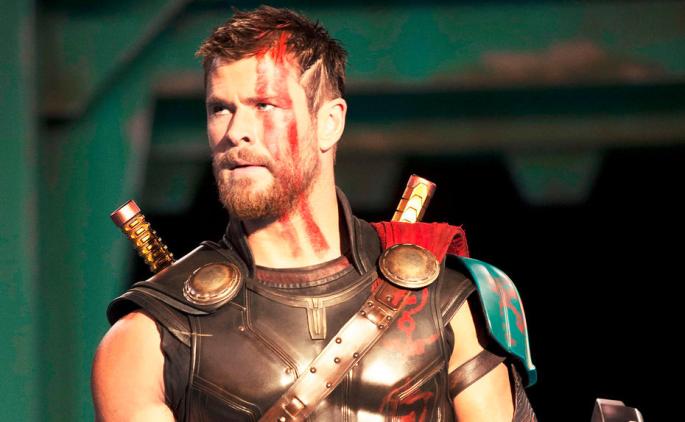 Content-wise, there is some language in the film, as the Marvel movies tend to have, but there is nothing boundary-pushing, in this regard. Violence can feel frenetic and brutal, but never in a bloody/gory way. A few creatures/characters are dispatched in gooey ways, but it all is done in the name of humor. Speaking even more of that humor, it’s safe to say from my screening that while the laughs are more on than off, some of the humor will be missed by some. I would say that an affinity for the MCU will inform many of the laughs, as is to be expected this deep into an interconnected series of films. There is no sexual content to address, that I can recall. Expect Stan Lee to pop up, but beyond him, there are cameos you won’t see coming. It’s always a fun time to be surprised within the confines of our own expectations, and seeing as to how Infinity War will likely knuckle down on who we know, it’s nice now to be surprised here. 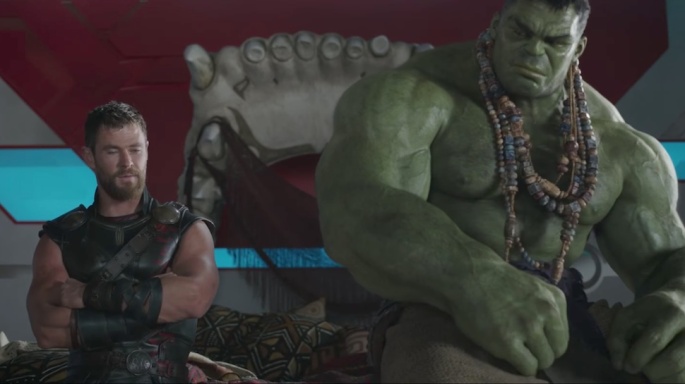 Without spoiling too much, I left the film seeing parallels between the realm of Asgard and Christ’s church. I know: it might seem heretical to some to even imply a tying together of such things, but if you can’t appreciate truth derived from understanding symbology within pop-culture, my reviews aren’t likely for you. Without digging much further, that parallel should stand very clear for Christians after watching, and taking it back to the practical application beyond the film, it should show us churches are far more than buildings.

Wrapping it all up, Thor: Ragnarok is a crazy good time. It won’t be everyone’s cup of tea, and while I type this, I know someone else somewhere is likely typing their own rant against the whole thing. I think that the cosmic confines of the story allowed for a heightened-level of zaniness that Marvel didn’t think was possible to share until now, but I don’t want this level of hilarity and self-awareness to become the signature style of all upcoming Marvel movies. With a full roster of films into the foreseeable future, I relished my time spent watching this one, and I wouldn’t mind seeing Taika Waititi infused into some future project down the line, as long as the humor feels natural to the proceedings. If you want to have many laughs and an unpredictable ride, it’s hard to go wrong with Ragnarok and the fierce flurry of fun it provides. 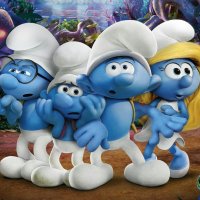 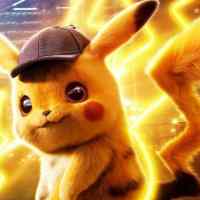 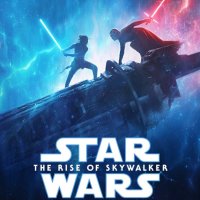